458 Founders Have Joined So Far.

There are x days left in the challenge. 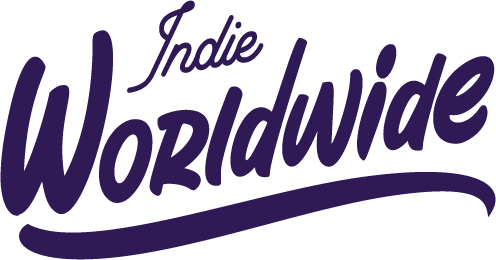 We have an important meeting tomorrow, hope we will do the first sale of our challenge #100in100challenge #buildinginpublic @indie_worldwide

Excited to start the #100in100challenge with https://t.co/OpMqOmG8fV. Currently working on the MVP with 0 customers, but let's see how successful I can be!

Thanks @AnthonyCastrio for hosting this event!

Join us as we motivate and support one another to gain 100 new customers in 100 days. #buildinpublic https://t.co/YqCKL3LrN2

#startuptip :
Love 😍 the problem you will solve, not the solution itself.
#100in100challenge #SaaS #startup

What do I get?

What if I already have customers?

You can have up to 500 customers already and still participate. We'll categorize you based on how many customers you started with. Your existing customers don't count towards the goal of 100 new customers.

How will you keep track of my new customers?

We'll ask you at the weekly check-ins how many new customers you have. We might ask for screenshots to prove it.

Join the challenge by filling out this form.

Indie Worldwide is the world's friendliest community of indie founders. We host meetups and webinars every month.

Can I opt-out of the leaderboard?

Yes, you can choose to opt-out of the leaderboard and still take participate in the challenge.

How can I become a sponsor?

If you're interested in sponsoring please email [email protected]

Check your inbox for next-steps. 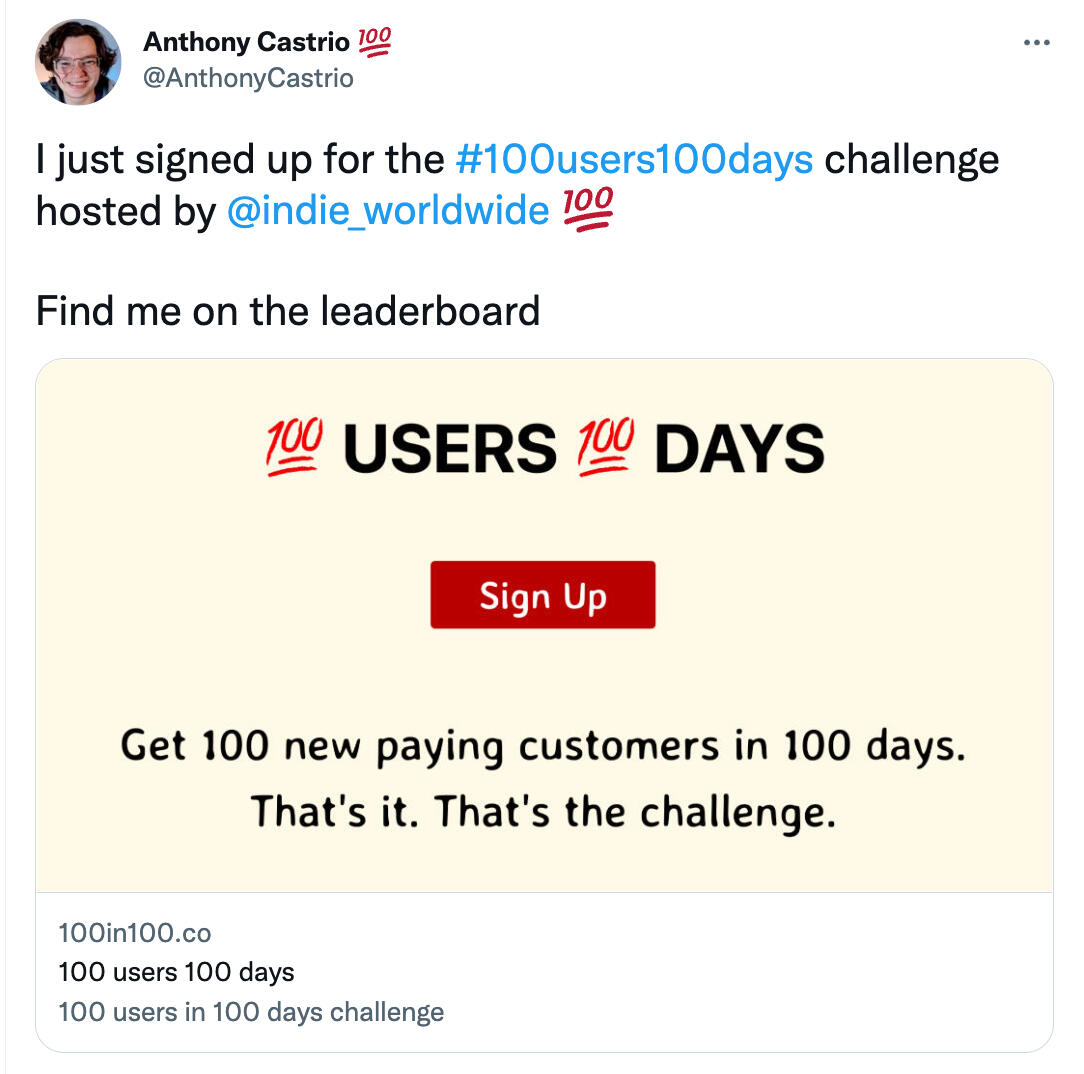 Thanks for submitting your update.You can now track your progress on the leaderboard.

Biggest win was in getting a couple of bugs fixed. Had people sign up and then were unable to use the app, so there was high pressure to get things fixed. But I was quick to respond and that was well received, so I'm calling it a win.- Leo, Who Should I Unfollow?

We shifted our KPIs from multiple pipeline metrics (# visitors, conversion rates, MRR) to a single usage metric (# real plans / active users for the past 14 days).While we'll need to eventually increase the other metrics, focusing on this metric should help us improve usability, reduce churn and drive activation + upgrades for the traffic we currently have. It's a meta-metric that captures the value users are getting from the product, which is what ultimately drives all the other metrics.As part of this, we're shifting from being marketing-focused to being product- and education-focused.- Trevor, Day Optimizer

I spoke at a 7,000-person business conference and it was wild. I was showing a quick preview of an upcoming feature, and where I typically get positive feedback on our software, what I got this time was tremendous excitement, plus several serious commitments for international distribution partnerships. It's very possible that this very feature could be our ticket to product-market fit, so I'm moving the roadmap 100% in that direction!
- Sébastien, Nuro

I keep creating explainer videos that I will later forward to a professional video creator company as input, I work on blog posts and more YouTube videos.Creating the current video took over a week as I first of all had to create demo data for it.- Marcus, Maildroppa